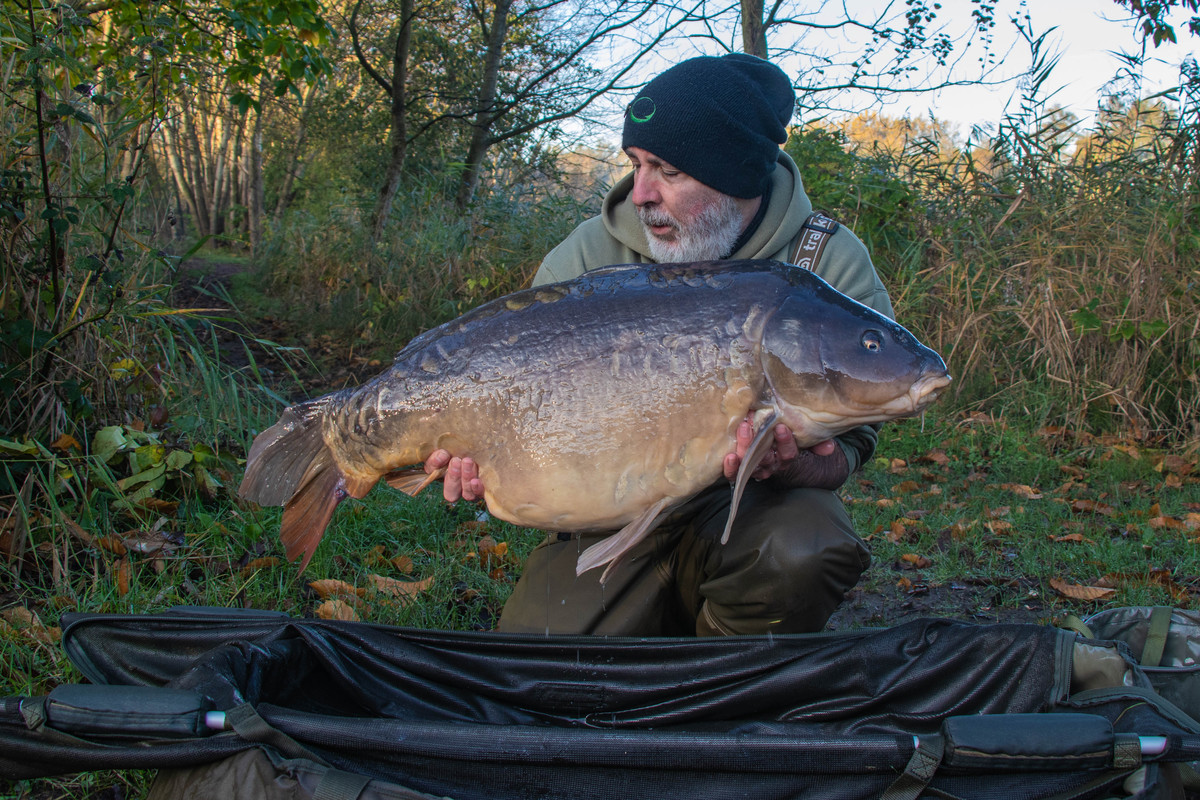 THE LINK TO SUCCESS! Posted by Tommy De Cleen

During my time with Mainline Baits, I have used a few baits that have all been good; Activ-8 (back in the day), Cell, Hybrid, Essential Cell, and in recent times The Link - I really like this fishmeal boilie, in fact I can't fault any of the Freezer Baits. Easily digestible food-source baits the carp love! What's more you can use this baits at any time of year even in the coldest of temperature, which was particulary handy this year when I started to fish a new water at the end of winter/early spring. The lake is part of a complex (kinda the like the Yateley complex), but in my home country of Belgium where I fish 99% of the time.

I'd wanted to fish this place for a very long time, but there was always something that got in the way, but not this time - nothing was going to stand in my way. My first few sessions were tough as at the end of Feb winter still had a firm grip on the conditions. Although nothing could stop spring hitting the scene at some point so I continued to roll The Link boilies knowing better conditions were ahead. I had been using Cell, but having seen so many cool carp caught on The Link I thought this was a good time to have a change - especially as I'd been tipped off that the carp of this new venue love a fishmeal bait, so again The Link seemed perfect.

As the lakes of this complex were public waters, a close season from April 16th to the end of May was looming, so going into March I was really hoping to get off the mark. Arriving at the lake I dispatched my simple yet effective approach; a The Link Snowman hookbait set-up attached to a German Rig with a small PVA mesh bag filled with three 16mm The Link baits. A hundred or so free baits were spread over the area and I was fishing so probably shouldn't have been so surprised when one of the rods rattled off a few hours later with an awesome looking mirror the cultprit! It was good to get that first one under my belt, and before the close season I managed another two fish, a twenty and a thirty-pound fish both falling again to The Link.

Sadly my high was short lived when my spring trip to the UK ended in a blank, although it wasn't all bad, as I was also able to pick-up a load of Mainline goodies, liquids, pop-ups, wafters etc. and of course plenty of The Link Base Mix and Activator. So once back in Belgium I busily got back to rolling more bait and stocking up my freezer ready for the start of the season in June. With the complex reopend the water I'd fished before the close was pretty busy, so I decided to fish a few sessions on one of the easier lakes on the complex – thinking I could do with a bend in the rod, which is exactly what happened before summer kicked in and it was time for another trip away. I can't say I really fish a lot in the summer, I just hate the heat, so 40 degrees on a lake in France was not ideal, although I did catch a few during the cooler nighttime periods. Then another trip to UK for a Gardner team Benelux social in August saw lady luck leave me again. But like I say, a trip to the UK is never a wasted journey, as again it meant I stocked up on Base Mix and liquids ready for my autumn campaign back in Belgium.

Thankfully things began where I'd left off catching a few good fish, no monsters but very enjoyable fishing all the same. Talking about monsters, I'm not really a big fish angler anyway, yes, I like it when I catch one, but thats not just what carp fishing is for me. I just love being out there doing my thing and trying to catch lovely carp of any size.

So, fast forward to my latest session three nights back on the harder lake in the hunt for fish of a bigger stamp. A trip that turned into a red letter session (in my book anyway) where The Link bait was pivotal again. Arriving at the lake I found myself the only angler there, so for once I could have a nice walk around. With my location decided, I set-up camp and put two rods out; one close in and one on a spot at 14 wraps where I also dispatched 15 or so Spombs of bait. After dark I had a take on the longer wrap spot that turned out to be a cool mirror around the thirty-pound mark. I took some pics filmed a bit of footage for my diary vlog and returned the fish, before another fish, a low twenty came to the recast before the night was done.

Now full of anticipation I was a little surprised that no more action came until the Sunday, my third day of the session when I reeled in the margin rod to reposition it close to the 14 wrap spot. Around midday that left hand rod was away, and after a 10 minute battle I slipped the net under yet another low thirty common. After doing my thing with the pics and video footage the return cast saw another take just an hour later. A mirror this time and on a different rig, as I'd decided to fish this rod with a Ronnie Rig armed with a white homemade Polaris Mix pop-up. I cast the rod back out with the same winning combo, and again baited with 10 more Spombs of The Link. The fish were clearly on the bait as only an hour later the same rod was away again with yet another low thirty-pound mirror on the end.

After this the action stopped, maybe from baiting again before dark and it wasn't until around 2am when the repostioned rod again was away. This fish turned out to be a recapture, but still a very good fish and a mid thirty - a fantastic old fish known as 'Heinz'. This promted me to change over the right hand rod to the white pop-up/Ronnie Rig combo, and early on Monday morning I had a bite on that rod aswell. This time it's a fish called 'The Sargent', a high thirty, and by now I am on cloud-nine and not sure what has been going on, as this turned into one hell of a session! To cap it off I had another mid twenty common as I packed away. Steady baiting with The Link had certainly paid off giving me a session I'll never forget!

Thanks again to Mainline for the support! Tight lines, Tommy De Cleen 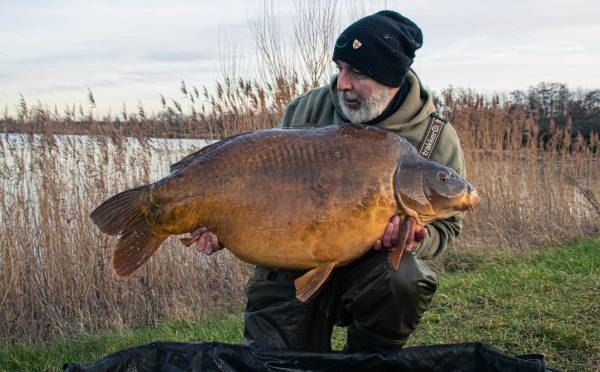 I started on my quest to catch carp at the age of 14, many moons ago and I still love it as much now 30 years on. In that time I've fished on small lakes, big lakes, rivers and canals here in Belgium, as well as in France and Hollandl. Although I favour fishing on my home soil Belgium, I woul... Find out more