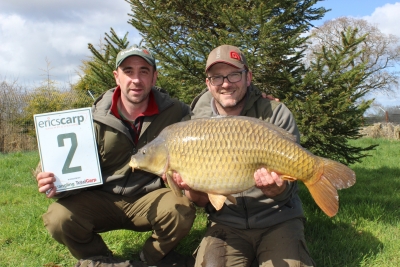 And off to sunny Shropshire we went! With my old mate Jason Cann making the trip up country from Exmouth in Devon and me hacking down and across from Sheffield it was our forth carp match on Merrington Carp Fishery, this time for our qualifying round of the Erics Angling Carp Angling Championships. After the long drive in heavy traffic and a decent evening meal and a few beers out in Telford, we got our heads down for a decent night's kip. After an early alarm call and a hearty Premier Inn cooked breakfast consumed in super-quick time, we continued our journey to Merrington, a quick 30 minute hop along the M54 and then onto the arduous backroads into the venue.

After a single lap around the pond we knew the swims where we needed to be and with only a couple of minor adjustments in the order of our swim choices, all we wanted was a decent draw to put us in with a chance of a top four qualifying place and onto the semi-final at Brasenose 2 on the Linear Fisheries complex. The draws at the carp matches always seem to pass in a blur, and bang we were second out of the draw, which I really didn't expect. We consulted our list and choose our second choice swim, with our number one choice, not surprisingly having been sensibly occupied by the lads first out of the draw.

We were both happy with our choice, but Merrington can be a funny old lake under match conditions and with the potential of 36 lines from 18 anglers, the fish just hate it and they go into grumpy mode. Two barrow loads later and we began set up, the luxury being that we had until 11am before we could start plumbing and baiting up. To reduce disturbance we planned as few casts as possible with the marker float to quickly identify the main feature in our swim and the water depth near and around it. Jason found the 3.5ft plateau within two casts and with the distance clipped up and wound out on the Distance Sticks we knew exactly the range to hit that feature. Two more casts confirmed the water depth on my side of the swim in the open water - 6.5ft being the general depth with a few shallower and deeper variations. During the disturbance around the pond before the midday start, we decided to put five spods of small food items straight onto the plateau and then pack the spod rod away for the rest of the weekend.

It's funny how you always start with eager optimism of an early bite and by dusk on the first evening, with no fish showing in our swim we began to doubt ourselves. In retrospect we probably caused more disturbance than we should have and because of this the fish settled in front of the swim to our left, reluctantly wanting to move into our water, or so it seemed.
After a night of keeping things a ultra-quiet with four high-attract solid bags left in situ for nearly 12 hours, enough was enough, we could sit on our hands for no longer - we had to change something. One solid PVA bag was refreshed and put back on the plateau while Jase decided to fish a 4ft Zig just off the side of the plateau, with me swapping my solid PVA bag for a short Zig, also opting to fire a choddy hookbait close to an island at around 50yds range. I'd been feeding that area since the previous afternoon and with around 50 Cell boilies having been trickled in with the throwing stick, it was time to give it a go. With nearly 20 hours of the match already done, an opportunist bite by doing something different was our next logical option to get a bite. 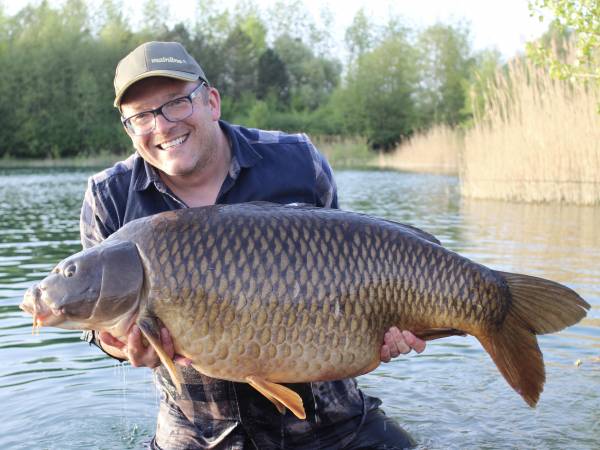 Since I caught my first carp in 1987 I’ve been totally hooked! My hobby then turned into an obsession which gradually developed into a job in the angling trade back in 2004. An interest in digital photography and angling journalism got me involved with the start-up of Carp Addict ma... Find out more