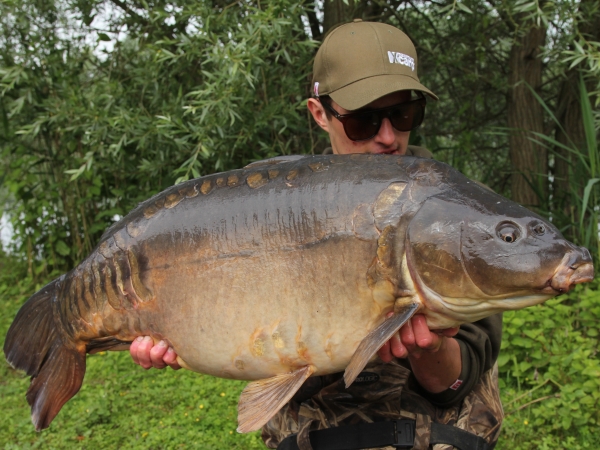 When I was five I started fishing behind my dad’s old business premises on the Grand Union Canal. Float fishing for smaller species such as perch, roach and gudgeon. Naturally I slowly progressed into carp fishing, catching my first one at the age of ten, which funnily enough came from the Grand Union Canal near to my house in Leighton Buzzard.

Since then I guess you could class me as a dedicated carper - travelling to various waters across the UK. Such as the superb day-ticket venues around Oxford, as well as quite a few of the big-fish syndicate waters around Essex. Although I still find myself on the 'union' every now and again, especially during the colder months. As for fishing abroad, I've had a dabble visting venues such as Abbey Lakes and Rainbow - it's something I definetley want to do more of.

There always seems so many venues and fish to target like a special leather that resides in a large Nene Valley pit that I have my sights upon - hopefully it'll see my net soon...