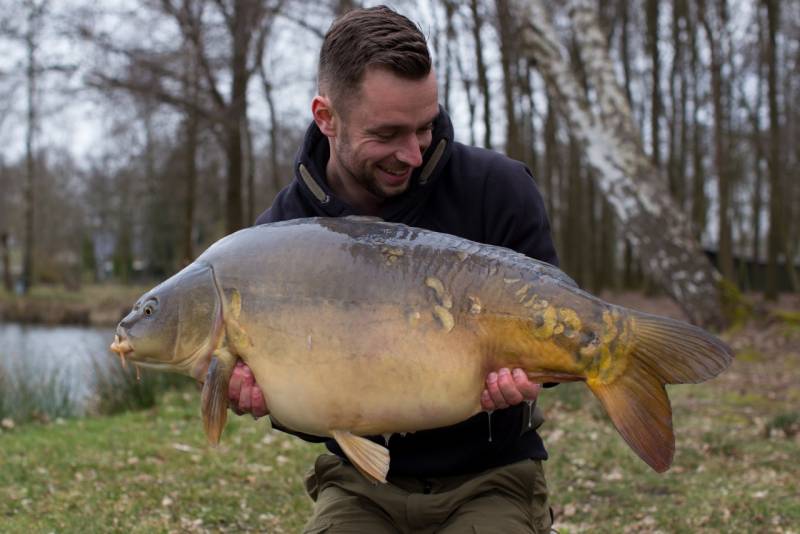 Dutch carper, Kevin Diederen has been in touch after a great result using our High Impact boilies, not only catching for the cameras of a filming project, but nailing the biggy in the process. Over to Kevin...

"Last week I focussed on a local club lake where I had to do some presenting for a couple of Korda Benelux webvideo’s. To make sure I knew what was going on I’ve spent a single overnighter beforehand. Two days of baiting up over a wide area with just a pound of mixed High Impact 15mm Banoffee’s and Spicy Crab, good timing and some luck helped me getting eight takes including one of the biggest fish in the lake at just over 34lb!

You can imagine this really boosted my confidence for the filming. Strange enough hardly anyone was fishing the lake during the weekend, so I decided to bait up once more with just half a kilo of the mixture. During the filming I fished pop-ups on Naked Chod Rigs over the baited spot and the first night I managed to get two upper twenties and the biggest mirror in the lake at an top weight of just over 40lb. What a way to start the filming project!"