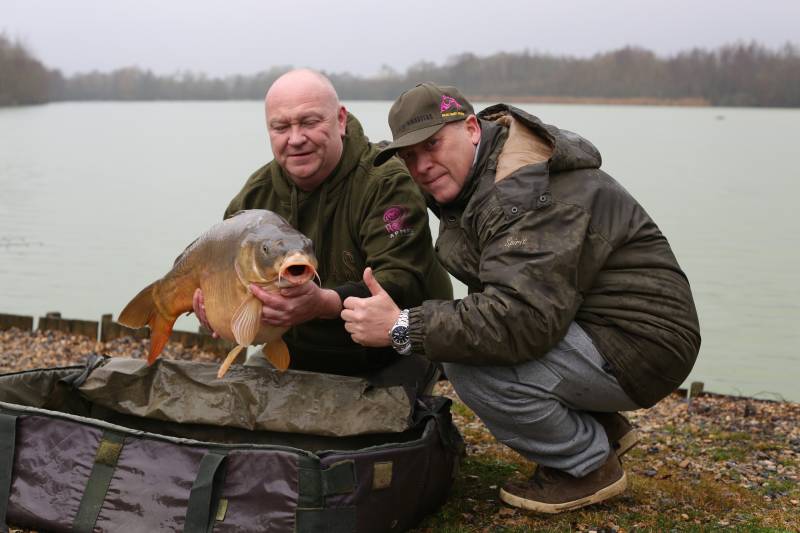 The recent Easter break saw a few of the chaps make the most of the long weekend with a trip to Lac De Premiere in France, including Mainlines very own Kevin Knight and his special guest Daragh Ohanion. This was Daragh's third angling outing with Kev as a special thank you from Kev and ACA for Daragh's overwhelming support of the Anglers Charity Auctions, where he initially fished with Kev having won an auction to do so.

Despite some tricky and variable weather conditions during the trip Daragh managed to not only catch his first French carp, but with a few tips from Kev went on to land an impressive personal best French fish with a 47lb 4oz mirror!

Massive thanks go out again to Daragh and everyone who has helped and supported the great work done by Anglers Charity Auctions.