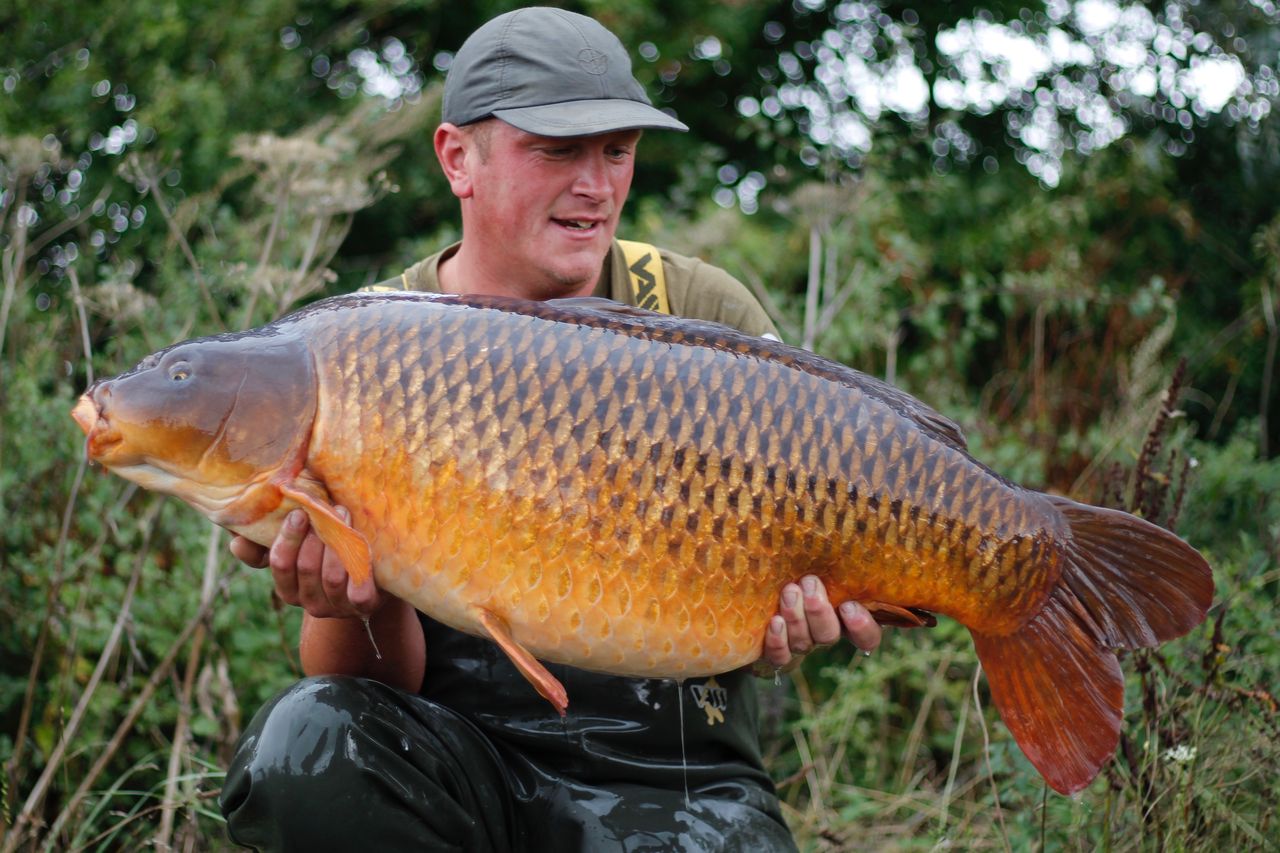 Catching a fifty-pound common is a dream for many, and one that Scott Farmer had the pleasure of liviing out recently, catching one of the jewels residing within the Bayeswater syndicate - Scott had this to say...

"After receiving my Bayeswater syndicate ticket back in April it had been a tough start for me. Having limited time to get to the lake, I only had time to visit on the weekends. Getting there late on a Friday night wasn’t the best but I made do. Throughout the whole of spring I only managed to land one fish, a mid-twenty. I fished quite a few nights during this time so I started to wonder where I was going wrong. Three weeks ago I decided to make a trip over to Bayeswater before everyone started their Autumn campaign.

On my second trip back I spotted a small group of fish so things were looking up, but still no bites for me. The following week I retuned again and unfortunately I lost one at the net! Before I left the lake I topped-up my spots with 4kg Cell Freezer Bait, which was left over from that session. The following weekend I was itching to get back down there but there was a problem. As I approached I could see that someone had hopped in my swim so my only option was to sit and wait. I could have chosen to fish elsewhere, but this was the swim I really wanted! The following morning I managed to get into the swim and I quickly put all of my rods out over my baited areas.

I fished Hi-Visual Pineapple Juice pop-up’s and I put out half a kilo of Cell boilies over the top! A quite night rolled around, but in the morning as I packed up, one of my rods went into meltdown! The commotion attracted a few other anglers into my swim and once my capture was safely netted it was confirmed that this was the one I had been waiting for! The Coconut Common weighing in at 51lb 8oz, I was beyond buzzing!"