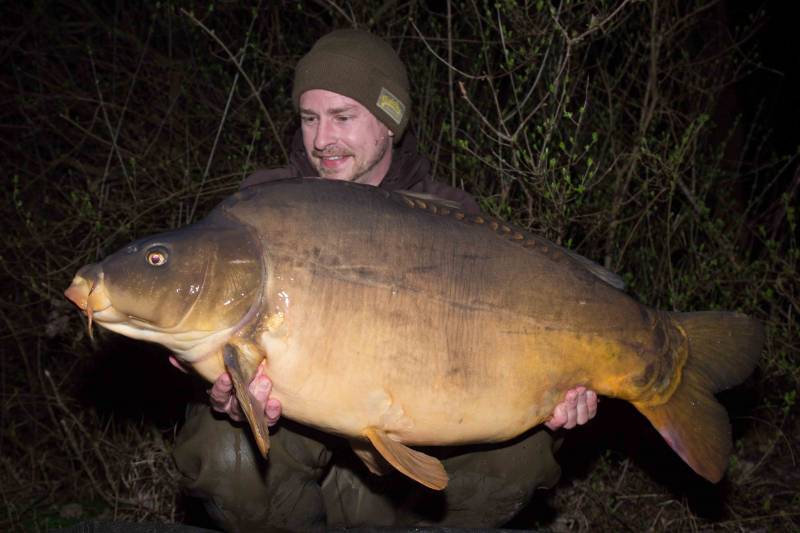 Top German carper, Chistopher Paschmanns has just returned form a recce trip into France in search of big waters, and big carp with this report...

"The start of spring can arrive later in our lands, and when I got out of bed at two o'clock in the morning to go to the already-packed car after a coffee and a quick breakfast, I had exactly that. Outside, my breath fogged and the windows were frosted. So I left home in search of warmer locations, I reached my destination about 8 hours later and the auto thermometer showed 20 degrees! Already in the years 2011 and 2012, I had done exactly that, my prolific fishing season went well by traveling to the south end of France in March, extended in April. When the water reaches the 10-degree mark, it's already 16 at the right waters of France! The fish gather in shallow bays and are hungry. I remember sessions with 40 carp in seven days, some fat, but this time I was already in the middle of March, perhaps too early for mass catches, but still with a much better chance for spring fishing and catching than at home.

The reason for my tour was that I wanted to explore new waters. Later this season is a special trip with Björn Brockmann. We let the camera accompany us. Among other things I wanted at least to get some information and impressions. In the luggage I had loaded my Mac Book, so it can also work from the water.

In six nights I fished four waters, two lakes, and two rivers. In addition, I drove a few more kilometers to look at other waters. My first goal was a large excavation lake, crystal clear, extremely weeded and with some really big fish. Even though I had a sunglasses on the first day, the water settled at about 12 degrees on the surface. I set-up with small, strategically placed traps using either Power+ Particle Tiger Nuts and Milky Toffee pop-ups on Multi Rigs, or Multi-Stim Hemp mixed with Banoffee boilies – food and attraction combined. The trip turned out to be a good one with many highlights; a 51lb mirror from one of the big pits and a 44lb common from the River Rhone. I just can’t wait to return and explore these waters again. "