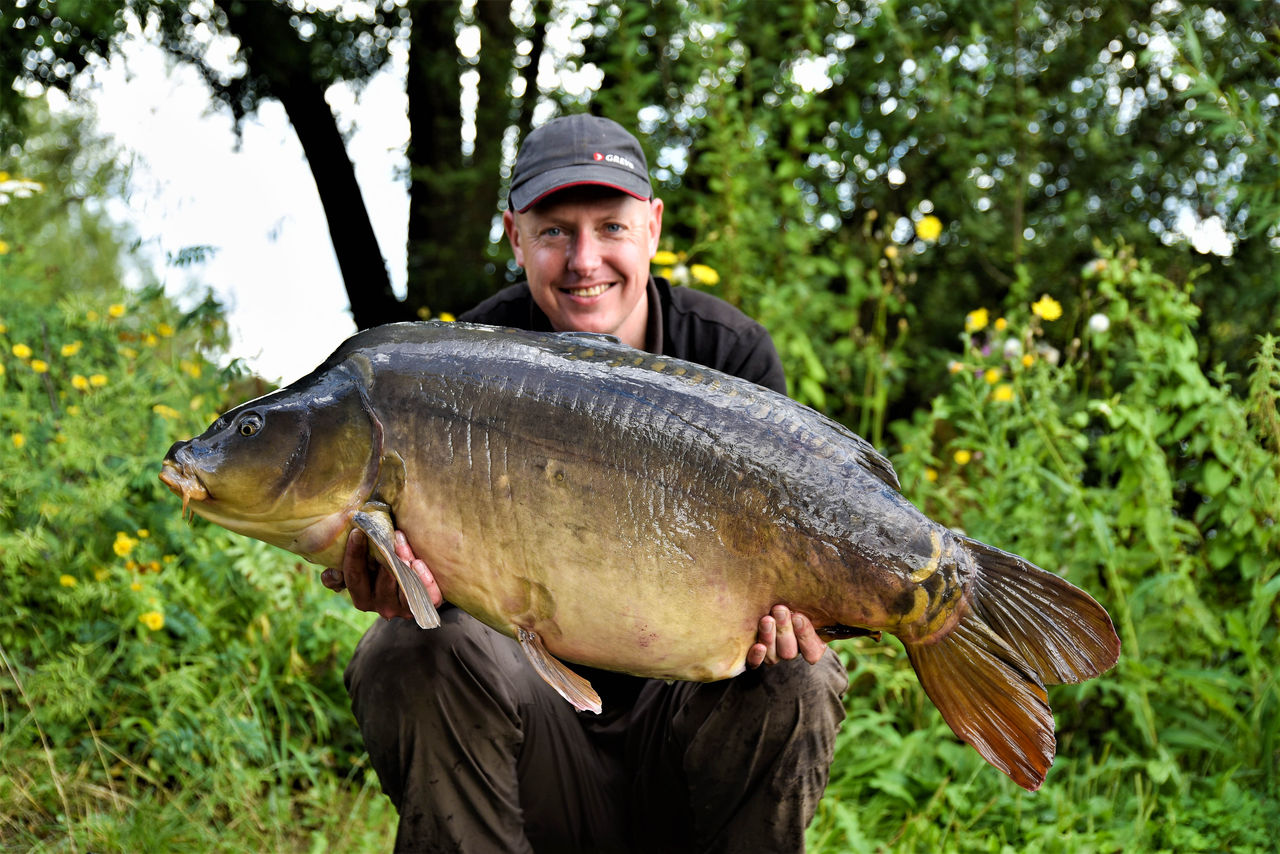 Mainline angler, Ed Betteridge has been in touch with this great news after achieving one of his fishing targets...

"Bait has always been very import to me in my fishing, as I’m sure it is with most anglers, but that importance is escalated when I’m on a campaign. When I’m fishing the same water week in week out, I like to get the fish on a bait and used to picking that bait up both in certain areas or anywhere in the lake. This year I opted to switch from the trusty Hybrid to a new bait that Mainline are developing. The idea is that I could bait up knowing that the fish hadn’t seen it before and no one else was using it, I suppose I could have created the same effect by going back to an old bait like Active-8, but I’m a sucker for something new. Just to help the fish get on it I have mixed it with a tried and tested bait that has probably been used in every lake in the country, and no doubt worked, the Cell.

So with two parts Prototype in 14mm and 18mm and one part Cell I have baited a number of spots around the lake as well as baiting up on fish when I have left. This extra effort of pre baiting has really paid off for me and my results have got better and better as the year has gone on. I must admit I have enjoyed the banks being quieter in the summer as opposed to spring, so I haven’t really publicised my captures and this has again worked in my favour as I’m able to fish a number of different swims and bait up after I leave without ruining anyone else’s fishing.

I had joined the lake for three fish, I had the big common in May and found one of my other targets dead that same session, that left just one to chase, Roids! As I played a fish from the boat on 1st August I could see it was a good fish as flashes of colour were visible as it turned deep in the water, but I wasn't sure how big it was until it turned on the surface. I wouldn’t let myself believe it was that fish straight away, but deep down I had a suspicion. Once I managed to slip the net under its big frame I allowed myself a proper look and the huge shoulders gave it away as ‘Roids’ my target fish.

On the scales she went 50lb 12oz, which blew me away a little, it was a very big summer weight for a fish. But above all it was my first UK fifty! I have caught a number of other fish that have done over 50lb in the past, but they had all been down in weight when they had rolled in my net, so for this one to dance the needle past the 50lb mark was new ground for me and a dream realised with my 10th UK Carp over 45lb!"