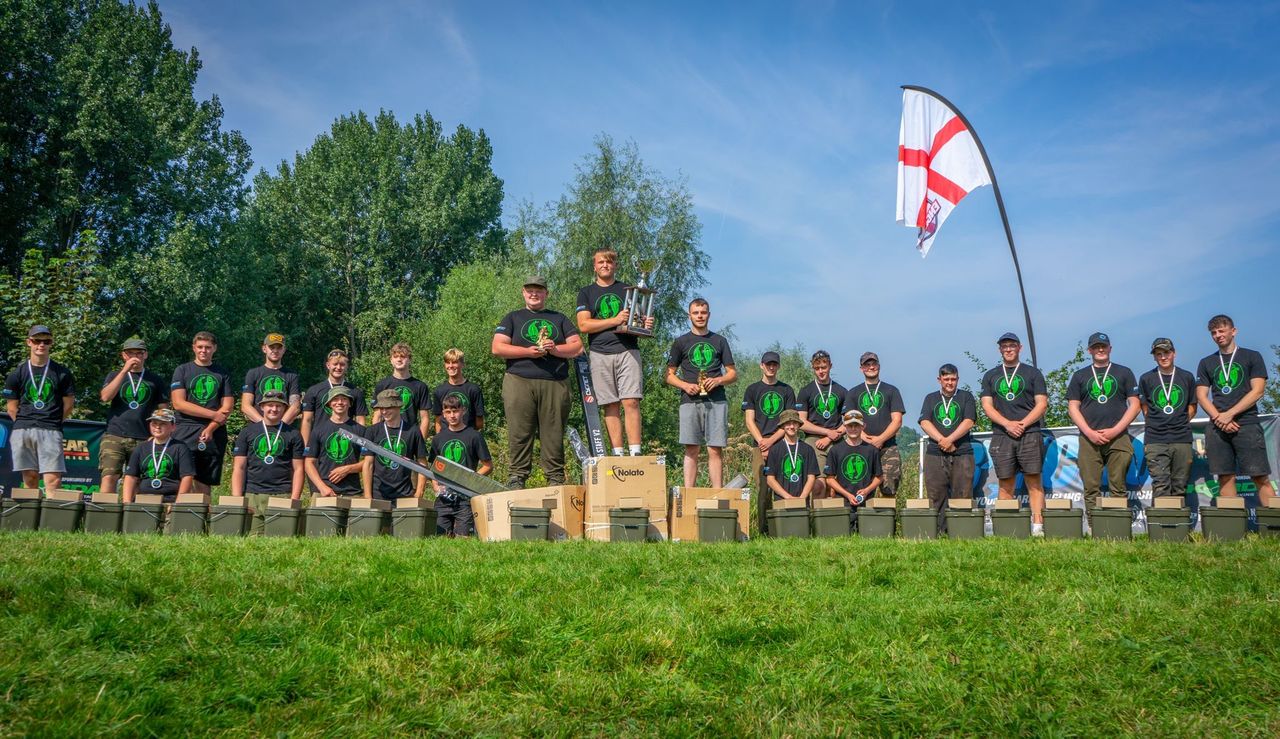 Young Mainline carper Finnley Newham recently won the BYCAC event held at Linear Fisheries, and had this to say about the occasion...

“Arriving midday Thursday a day before the match was starting, meant that I had an opportunity to walk the lake and try to figure where the fish were, and pretty quickly found the areas where the majority of the fish where holding up. So, after finding the fish it was all about sorting my draw out due to it being a watercraft draw, so numbering my most favoured swims to least.

The Friday came around and after a couple more laps round the lake, it confirmed what I already knew. Thankfully I was able to get a good draw and came out early, meaning that I got my second-choice swim. After that it was a case of finding a spot in the swim, however it was extremely weedy, but I eventually found a nice cleaner spot, but still with a lot of weed nearby at a comfortable range. By now the match had begun and the sun also came out meaning a lot of the fish were in the upper layers in the middle of the lake. Two hours in and I got my first bite an upper-twenty. After that another three fish landed and another one lost, tight baiting and recasting meant I utilised the time the rods were in the water - going into the first night with over 100lb worth of fish.

My mix consisted of Mainline Cell boilies and Cell Smart Liquid, with some corn and pellet, a feed to which I was fishing solid PVA bags over the top filled with Spod and PVA Pellet Mix along with small Essential Cell pop-ups. The night was very quiet, but getting up early on the Saturday, and watching the water topping up the baited spot resulted in the bites to carry on coming from around 10 o’clock in the morning. The day was extremely productive and by 7 o’clock in the evening after hours of rebating and casting I’d managed 11 bites and had over 360lb worth of fish in total, which put me 150lb plus in the lead. Another quiet night meant that I just had to sit on my hands till the end, although I kept baiting and recasting and hoped that I’d already made a good enough lead the day before. Sure enough I’d done enough to win and finished on 368lb with my average stamp of fish being around 24lb.

I would like to say a massive thanks to the marshals for all your help and a well done to the competitors and the podium finishers.”