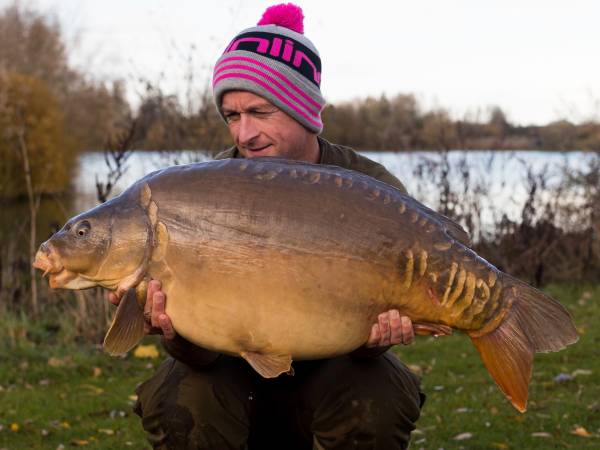 A family holiday to the Lake District is where I first found my inspiration to fish, after watching a match angler catch a mixed bag of silver fish and what seemed to me at the time an enormous beast of a perch.

From then on I was fishing whenever I could, which being surrounded by the Cornish coast included plenty of sea angling, but really was a complete mix of all types of fishing. Rock hopping for Pollock and Wrasse one day to catching small perch on garden worms the next. Then when I was about eleven I caught my first carp, a feisty 'wild' carp free lining a chunk of pork sausage to the pads of a local farm pond.

Although it was another style of angling that grabbed my attention next, when I became obsessed with Fly-Fishing for quite some time, until the large local reservoir I’d fished for trout was closed and reopened as a course fishery with some large carp. The redundant fly-rods were traded-in for a two rod carp set-up and with that a far greater obsession began.

It didn’t take long to realise that Grange and Activ-8 were catching loads of fish and so I became a user of Mainline Baits for one simple reason - I started to catch more carp. It's been said by many Mainline carpers and is certainly true to me that being able to take ‘confidence in a bag’ to the bank enabled me to learn other important aspects of carping such as watercraft, without ever doubting my bait.

This was a massive turning point in my carping, which has led to me testing baits like the Cell and New Grange, and consequently enjoying success at some top venues such as the Linch Hill Complex, in Oxfordshire.