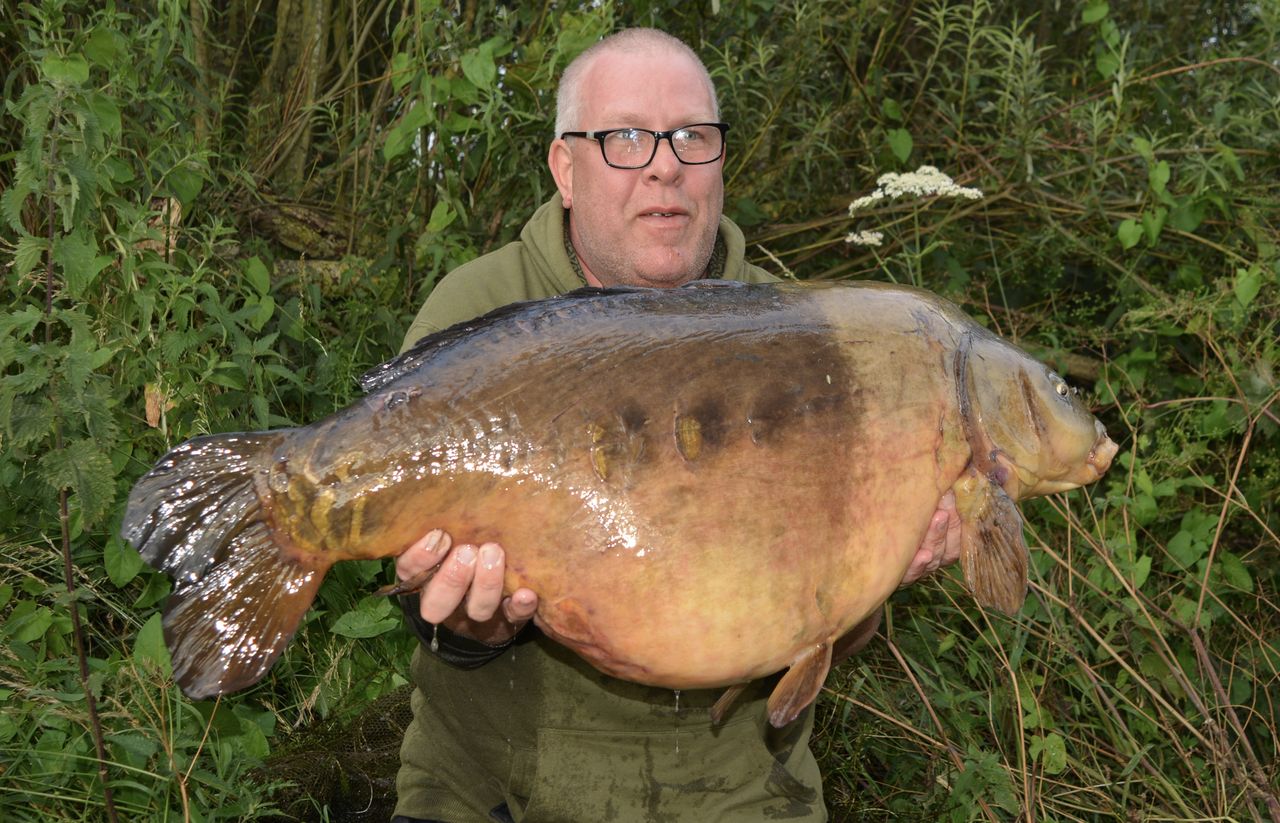 Long term Mainline addict, Mike 'Spug' Redfern has been in touch recently after achieving a right result in the shape of his eigth UK forty, fish caught from seven different lakes! Mike told us...

"I have joined a local syndicate complex in Norfolk and I am looking forward to fishing locally next year, rather than all the traveling involved with getting to Monks Pit in Cambs. Which I have been doing for a few years now and with a recent capture of “Charlies mate” at 42lb 8oz, my time on there will finish at the end of the season, as I had been after a Cambridgeshire forty for a while.

So, I did some research on the carp in the local syndicate complex and found out that there are a few fish that can hit 40lb at the right time of year and one called, “3 Scales” is a forty-pounder all year round. The fish are spread between three lakes all around 30 acres and weed choked.

I found out a few of the details regarding “3 Scales” recent captures and there was definitely a pattern to those captures and his feeding habits. So, after catching "Charlies mate" at 42lbs 8oz from Monks pit three weeks previously, I thought maybe to start doing some homework for next years fishing on the local complex, before giving it a final push on Monks Pit at the end of the year. To cut a long story short I returned to a swim where I had previously fished a couple of weeks before, when I very first purchased my ticket and had baited quite heavily with a few kilos of Mainline goodies as I left it.

I fished one rod close in, and the other two further out onto a bar about 40 yards out. The first night I received a massive liner on my close-in rod, but that was the only action that night between all three rods. The next day I moved the rods around and decided to fish a helicopter set up on the right hand, close-in rod, thus placing a pop-up on top of a weedbed, above a bed of bait that I had put out on the first night of my second session. This spot 15 yards out, was also the same spot I had fished two weeks previously and had baited with Cell and The Link boilies and a tub of Power+ Particle. The pop-up used was a 14mm Fluoro Pink & White Cell (I was using the pink), fished on a Korda Krank X size 4 hook, on a Korda boom and ready-made Kable Helicopter Rig.

About 3pm that afternoon I saw a coot agitated by something swimming underneath it and I wondered if it was a big pike, as the coot had young on a nest nearby and was being protective. Many years ago, I saw the coots on Coningbrook chasing the carp, in a similar way, so bearing in mind the heavy liner I had received the night before, I didn’t rule out the possibility that a carp maybe close by.

At 6pm that night I was standing just looking out in the lake, when I saw a carp come slowly cruising round near the coots nest. The carp didn’t look massive, maybe around 25lb (or so I thought). As it came  around 6 feet away from my bright pink pop-up, it just sank down out of sight and headed straight for it!

The next thing I know the alarm is bleeping and I am having a tug of war with a fish, that has buried itself deep into a marginal weed bed. After gently feeling a few strands of weed breaking by applying gentle pressure I managed to get the fish moving and I was unsure as to just what I had on the end. When the fish came into view, I realised it was a carp with a fair amount of weed over its eyes and I gently coaxed it all towards the net, about 10 yards out I had a fair idea which one it was, luckily it went straight into the net. When I pulled the weed out of the net and looked at my prize, I couldn’t believe it, I was right, it was next years target fish, “3 Scales” a true Norfolk warrior, steeped with history, chased and respected by many.

We weighed, quickly photographed and returned the great fish at 44lbs, what a result!