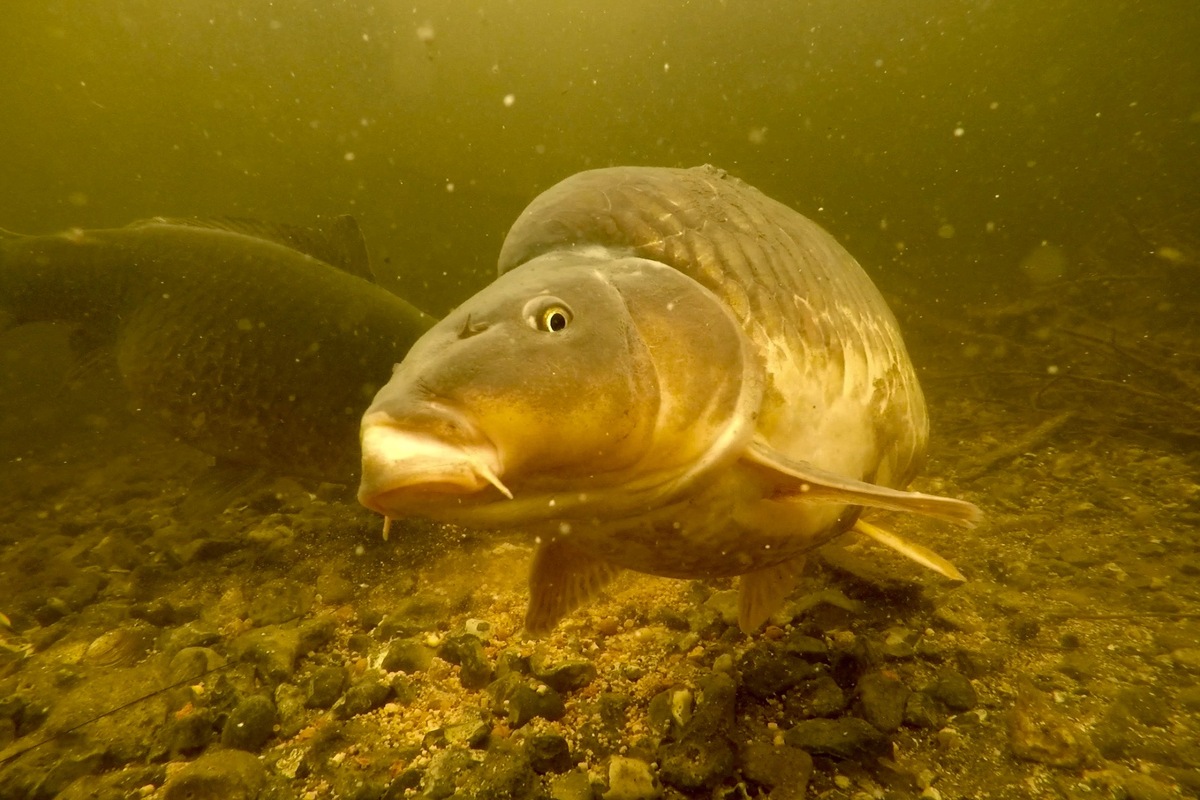 It’s been a year since I started writing for this series of articles and what an insane twelve months it’s been! Some huge highs followed by some ‘not so lovely times…’ as well as an epic underwater project that has provided some incredibly insightful footage and head turning moments, which we didn’t believe possible!

Just after the second ‘Syndicate Life’ instalment was uploaded in June, one of our long-standing members ‘Dordy’ broke the lake record again for the third time this season! After trickling in 10mm Fyber Freezer test bait to a certain area of the lake with a combination of Cell boilies, he soon had an area rocking. It didn’t take long and that dream bite that every member hopes for produced our queen of the pond for him at a top weight of 34lb 10oz! Well done Dordy, what a moment and well done to all the members that helped with the weigh-in and pictures.

Moving into the summer everybody involved with the lake was on such a high. The stock was flourishing with the fish consistently beating their top weights and looking the best they ever had. Nobody could have predicted what was to come. The last few months have been by far, the hardest I have ever had to deal with since running Thorney. As we entered the later summer months, we experienced a heat wave with five days of temperatures in excess of 30+ degrees. This caused a cyanobacteria (algae) speckle to form in the lake. Now algae does play a vital role within a lakes ecosystem and can be beneficial. Although I believe it’s all about trying to keep a balance. The only worry with algae is when it dies off, especially if it dies off suddenly. This is usually caused through thunderstorms and heavy rain pushing the algae down. Tragically this happened to us, when we were hit with a huge thunderstorm following on from the heat wave. Despite having aeration units and multiple pumps in place pre-storm, it was not enough. The dissolved oxygen levels crashed like someone had flicked a switch. It was heart breaking for everybody involved with Thorney and sadly we lost half of our stock.
I would like to take this opportunity to say thank you to absolutely everyone who has been so supportive and donated towards getting Thorney back on track. It really has been amazing and much appreciated. A huge thanks must also go to Kev and Steve and everybody at Mainline Baits for their continued support as always.

As the title of this article suggests, we have been working very hard on an Underwater Project during the ups and downs this year, which is going to be available to watch on the 1st January 2021. Myself, my two bailiffs Ash and Chizzy and members Daniel and Lewis Daneshi from ReelfishingUK have all put our efforts together and between the five of us, we have exceeded all our expectations!

The aim of the project was to try and capture some footage of our beloved quarry below the surface. To observe and learn how the fish acted in their natural environment. I don’t want to give too much away at this stage, I would rather save that for the main video. What I can diverse about now is just how insightful it was to see how fish reacted to different baits i.e. boilies, crumb, pellets etc. How fish would approach certain spots, and finally just how important it is to have liquids in your armoury. We noticed that the bait mixes with liquids in would definitely draw the carp into the areas much quicker, as opposed to bait mixes without. Especially the Smart Liquids, which would continue to react on the lake bed as fish disturbed the bottom whilst feeding. This would draw more attention to the spot and carp would often circle above the baited area like sharks!

The bigger fish would stay around the edge of the spots (as is often believed) and let the smaller, younger fish feed first. Almost to try and work out if the spots were ‘safe’. This must be through angling pressure over the years and how they have adapted to being fished for.
When it came to applying free bait, it became clear that the Thorney fish loved the smaller food items like 10mm boilies, in particular the Cell and The Link combo. Another massive edge was the boilie crumb and Response Pellet. This definitely kept the fish feeding for longer periods of time whilst they tried to extract every last crumb available. This resulted in more time spent on the spot meaning more chance of a hookbait being picked up.

Once we had managed to get the fish feeding confidently in front of the camera we decided we should actually try and get a bite! After a couple of trial days, we decided to go with a simple Wafter Rig in front of the underwater camera. Hookbait choice was an ever faithful Fruity Squid Pastel Barrel Wafter on the business end. Pink is a very favourable colour amongst many anglers and we wanted something that would stand out for the filming. As you can see from the picture it didn’t disappoint!

This is only a very small snippet of what we learnt at Thorney between us. At different lakes with different variables like angling pressure, stock levels, bait quantity and application then situations may well be different. If you do manage to watch the film ‘Syndicate Life: Project Underwater’ when it’s released on 01/01/21 I hope that you enjoy viewing it, as much as we enjoyed making it! Best wishes to everyone over Christmas and I hope you all have a good New Year - Tight lines, Dave Rowe