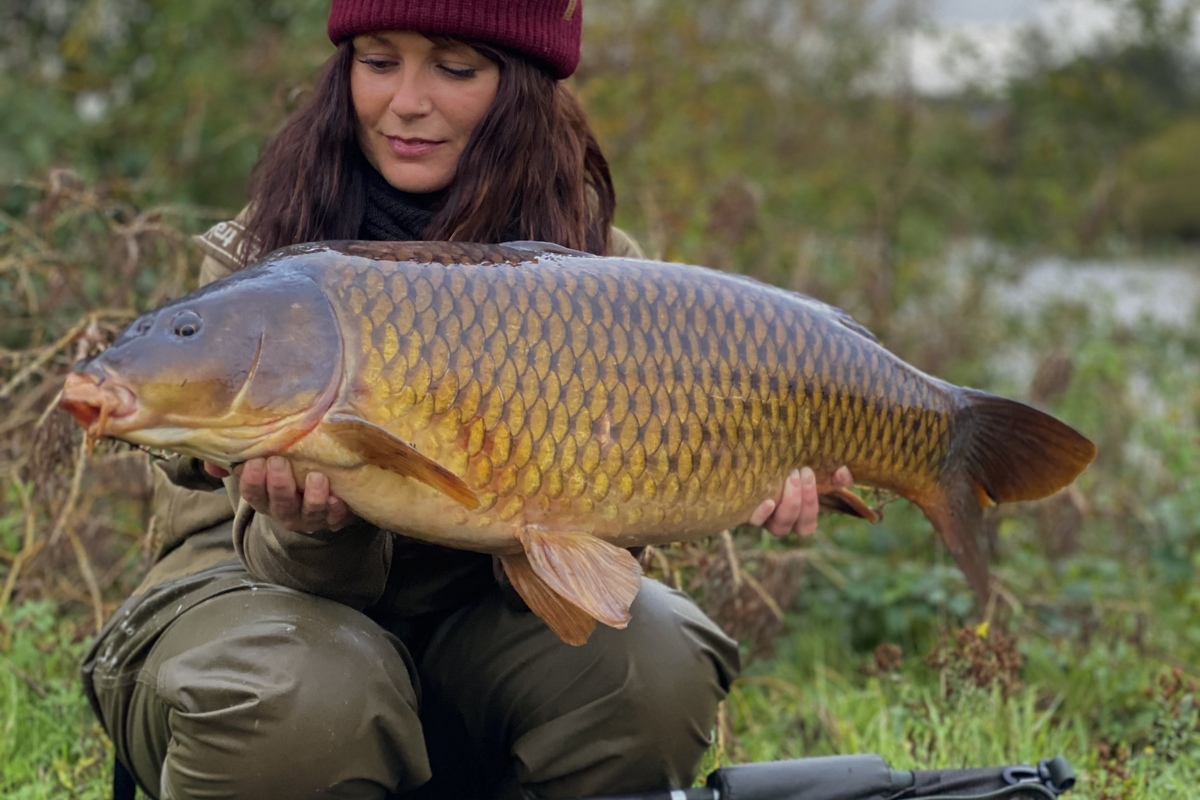 Sarah Brown shares the tweaks she makes to keep the bites coming!

As the water temperature begins to fall, the carps feeding habits can become a lot more sporadic and their general behaviour more lethargic. They will still feed and can definitely still be caught, but you have to locate there where abouts now more than ever. I will generally use particles all year around, just lowering the initial amount I would start with during the warmer months and build on that throughout out my session if the action dictates. A personal favourite of mine is Hemp and Maize; therefore, Mainlines Hemp ‘N’ Maize Power+ Particles with a few maggots or casters is perfect, although I will introduce the casters separately as I want them at their most potent.

During the colder months I like to take a handful of the hemp and maize straight from the tub and soak it for 24 hours or so in salty water, preferably lake water if possible. By doing this you can add a small amount to a PVA bag and accompanied with your hookbait of choice; this can be a great edge. I would make the PVA bag up as you need one though personally as the salty water will only keep the bag from melting for so long.

I generally like to use smaller hookbaits in the colder months and I have often had success by just simply picking out two or three pieces of the maize straight from the mix and I may even give it a quick dip in some Sweet Ade for added attraction.

Come early winter the water clarity will generally start to improve and with more bird life on the lake at this time of year they can be a nuisance. In this instance I will limit the amount of highly visual items in my mix like maize or Sweetcorn and just use a simple mix of hemp and maggots or casters. Hookbait wise I would use a whittled down Active-8 wafter perhaps just tipped with two or three maggots for added attraction – perfect!