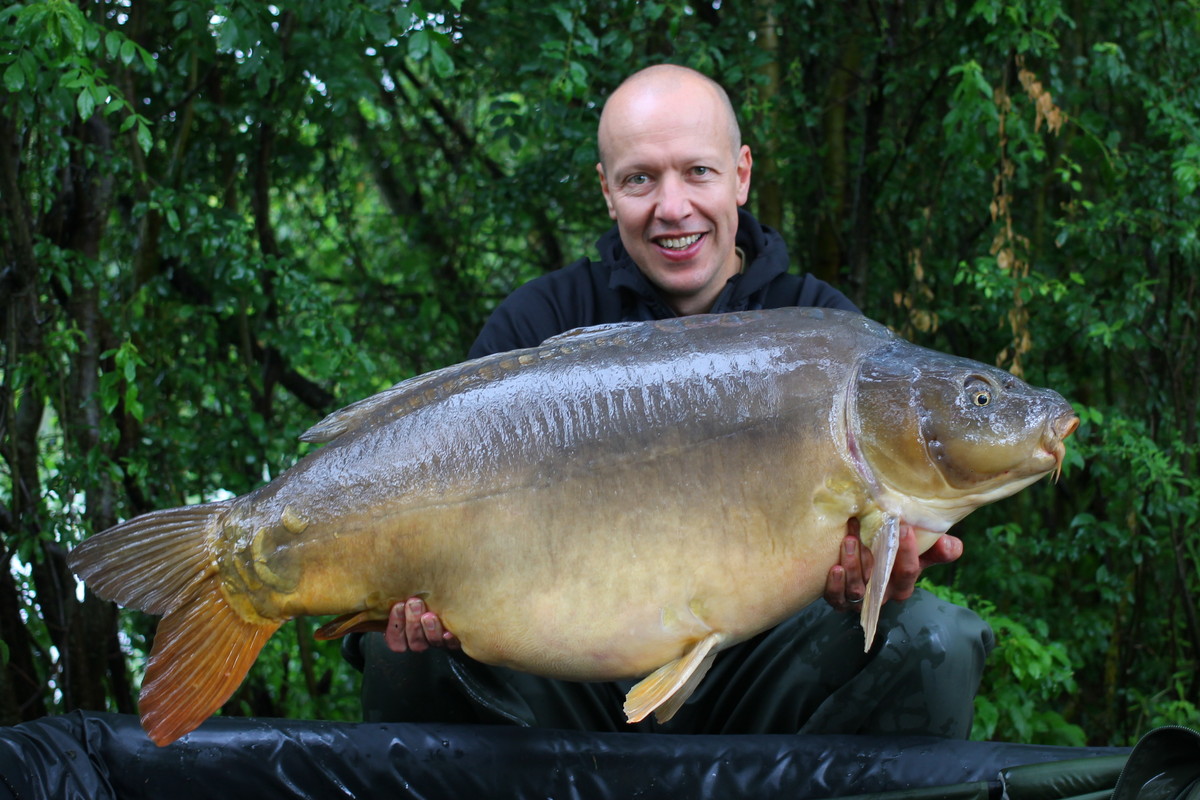 After arriving at Moorlands Fishery in France on the Friday it was time for all the anglers fishing this week to choose swims. At the time I really coudn't make my mind up at the time, so I let everyone else pick - my plan being if I was to wait until first light the following morning I may see some signs of fish and a more defined information to base my location on. With the sun rising that following day, I knew it was time to make my decision, and I did indeed have more of an idea to base that choice upon. As I'd soon noticed small areas of bubbling about a quarter of the way across the lake in front of a swim known as 'The Middles' so opted to fish there. The bubbling activity was the obvious area to cast toward, so I put three rods around this area and baited with a couple of kilos of The Link boilies soaked in the matching Stick Mix Liquid and coated with a dusting of the Pro-Activ Stick & Bag Mix, again in The Link flavour. This would give my Freezer Baits an extra boost of added attraction!

The next 24hrs or so were quiet, perhaps from the necessary disturbance of setting my traps, and it took until Sunday morning to land my first fish of the trip - a 34lb mirror on my closest rod. The rest of the day was again quiet, but the second morning resulted in an initial double take followed by a further five fish throughout the day including three forties and a 55lb 4oz mirror. It was phenomenal action, with all fish fighting hard to avoid the eventual waiting net. As you can imagine my anticipation of further action the following morning was sky high, yet... to my surprise it was again quiet?! Something just didn't feel right despite the previous success. I wound in and went for a walk in the evening and spotted some bubbling in front of another peg, the 'Rocky Bay' swim. Leaving my mind made-up that I would move straight after breakfast if the coming night was quiet. That proved to be the case so refueled with my morning meal, I packed down and made my way to the 'Rocky Bay' swim.

After getting all three rods in position it wasn't long until the middle rod signalled a take and that my decision to move had been a good one. A tremendous battle followed resulting with a 47lb common hitting the net. My second run came shortly after midday when the right-hand rod ripped off. Whilst playing the fish I dropped the other rods off the front rests to sink the lines and try to prevent them being picked-up by the hooked fish I'd now been playing for a good 15 minutes! I'd seen it close to the net twice - a heart stopping moment for any angler, as it was clearly forty-plus! Whilst battling the fish I heard a 'click' and then the sound of a spinning clutch? The fish I was playing was nowhere near this line exiting from a rod bent around to the right with line peeling off the spool. So, I applied more pressure to the fish I was playing and was able to net it within a minute or two. With this fish safely in the folds of the net I could now attend to the other active rod.

The fish was still well and truly on and after a short battle it was mine! What's more it looked equally as big as the one I had netted just moments before! Once my nerves had settled down I weighed the fish - the first fish, a mirror settled the scales at 46lb 12oz with the second fish, another mirror taking them a little further to 51lb 8oz. I couldn't believe my luck! As the evening drew in there was no way I was going to move swims again the fish where clearly in front of me, and the action commenced again the following morning when I managed a 33lb mirror. However, there was very little signs of activity that day so after dinner I moved back to my original swim 'The Middles'. This turned out to be a great move, which led to the capture of a 47lb 4oz mirror just before first light and a further four fish in the afternoon including a 48lb 8oz mirror and a 45lb 4oz common.

All in all, it turned out to be a fantastic trip where I ended-up with an impressive twenty carp, nine over forty-pounds and two over fifty. All the fish were caught on The Link bottom baits with half a The Link pop-up as a topper to help balance out the rig. So obviously I cannot talk highly enough of this bait in which I hold the upmost confidence - a vitally important aspect of my approach!