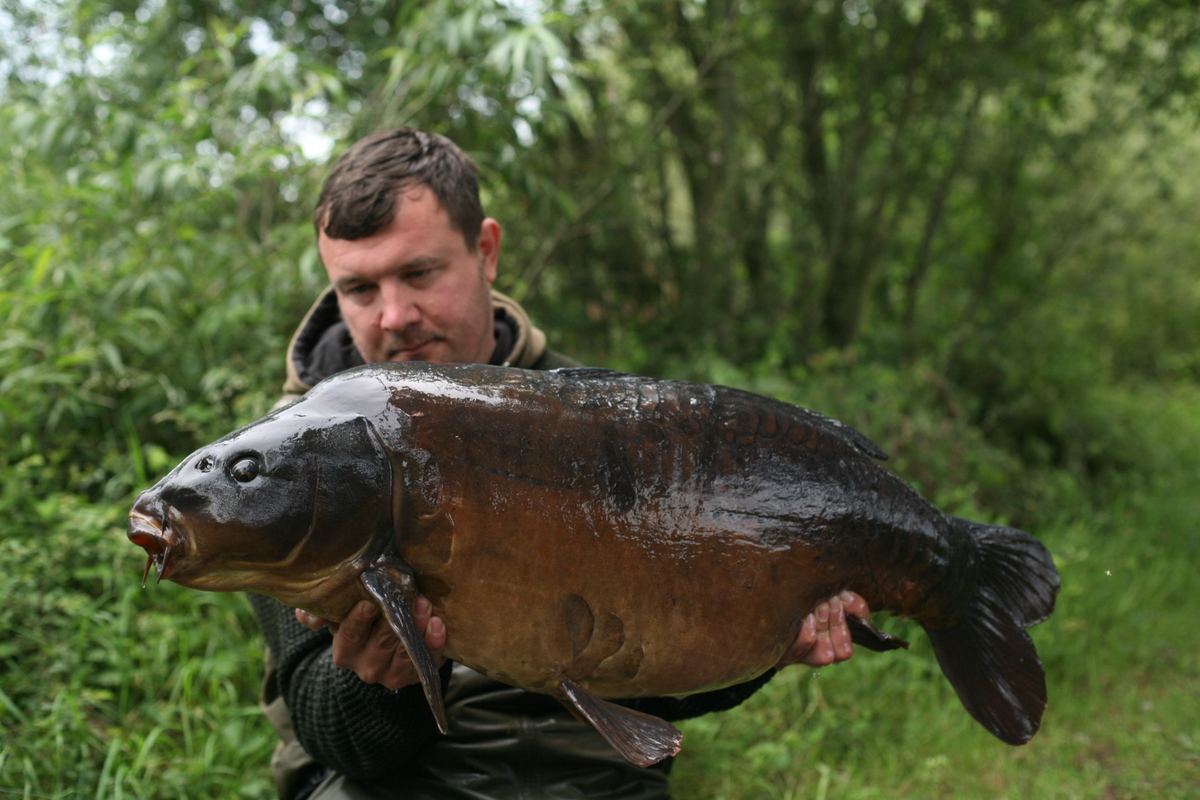 Chasing The King Of The Pond Posted by Mainline Baits, 2nd August 2017

Mainline angler, Dave Springall met up with fellow Mainline carper, Lee Randall recently to find out how he took on a new challenge of a 45-acre pit containing just forty or so carp...

As with most of these scenarios, I had seen some amazing photos of some lovely old carp as well as chatting to friends who fished there. I had enjoyed a solid couple of years back home in Kent including an incredibly successful spring over on Larkfield No.2 and I was really in need a fresh challenge. Living out where I live I knew that at some point I was going to have to do some driving to continue to target the type of carp that I like to catch and this seemed about as good of a time as any.

But you chose not to stay on that lake. What swayed you to the lake that you ended up targeting this past spring?

What was your though process when it came to bait for this new venue?

So talk us through how it all came together over the first few nights.

Sounds like you were getting dialed-in from a very early stage, so what happened on the second trip?

What approach did you settle on with regard to rigs and presentations at this stage?

Sounds like the spot was always going to be a good one and the bait was working early on. How did the following trips unfold? Did you manage to get so

It sounds like it was really hotting-up now Lee, you had to have been pleased with that?! Was there any more action on that session?

Some incredible numbers Lee for such a large low stock lake. So what unfolded next?

Well, as you can imagine, after catching six carp I was itching to get back. The spot was now well and truly rocking and I just knew I would catch more from there if given the chance. The weed was now coming up thick and fast meaning that it was one of the only really reachable spots on the lake that they would come to feed on.

Once again I arrived on the Wednesday after work at 7.45 and super eager I grabbed a bucket from the back of the car to go to the swim and stake my claim. After a quick walk around I was horrified to find the swim taken by another angler. As it turned out though luckily the chap was due off in the morning so I dropped into a swim not far away that I had also been trickling bait into every week for something to fall back on if the situation arose and opted to fish just one rod on the pre baited area.

As always I was up at 4am and the fish were once again showing smack bang on the bar on my main area which was still occupied by the other angler. I just knew it was all coming together they were now there each and every morning. At around 6am the single rod I had out in the in fancied area tore off out of nowhere. I was shocked as I hadn't seen anything and after a short battle a lovely dark mid double common was netted. Happy days indeed. Not only had my night away from the preferred swim not been wasted but it was now becoming more and more apparent that wherever I put bait they were eating it almost straight away. By 10am the swim I needed to be in was free and needless to say I was round there like a shot!

You must have been ultra confident by now, it must have left like you couldn't put a foot wrong.

The anticipation must have been huge at this point?

So with just one night left on this latest visit what happened next?