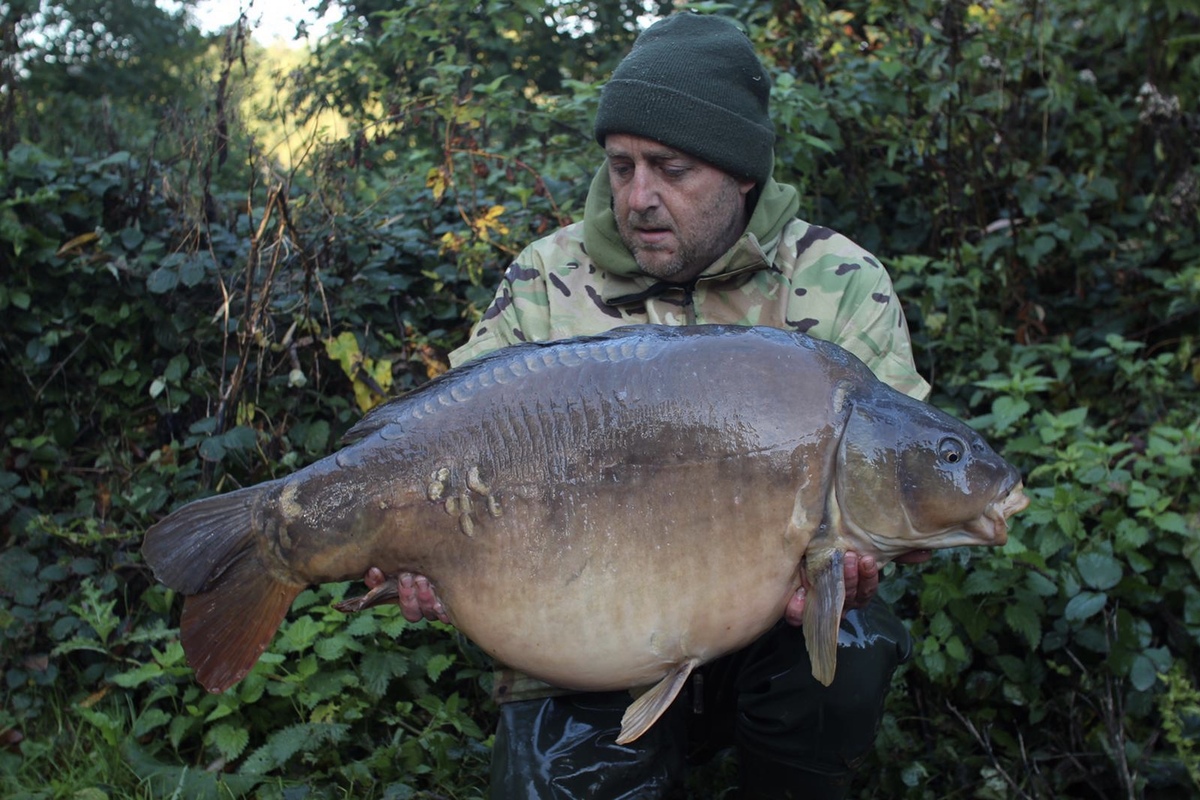 ANOTHER YEAR GOES BY ON BURGHFIELD! Posted by Mainline Baits

John Bartley documents his year fishing Burghfield! Giving you his tips on baiting on a crayfish infested water!

With the Spring over on Burghfield things had started to fall into place around May time. I had around eight weeks to achieve the almost impossible as the kids summer holidays were fast approaching! I was going to owe the family my dedication to them because as the kids are getting older, I don't want to be the person that spent their childhood chasing a stinky old carp and not enjoying them growing up. So, I was on borrowed time. I started applying a lot of bait and Hybrid boilies were my main food source due to its track record on Burghfield. Now the crayfish in Burghfield are a bloody nightmare and I learnt a lot last season on how to keep the little buggers at bay by putting 10kg of boilies crumbed-up and mixing this with chopped Power+ Particles Tigers, sweetcorn and Activated Nut Mix Groundbait with a good helping of Hybrid Stick Mix Liquid.

By using a large quantity of small food source items my plan was to create a large carpeted area that would hopefully deter most of the crayfish. This way I could fish a Balanced Wafter or a pop-up and from previous sessions I knew I needed to top this up every 48hrs, which might seem a lot of bait, but trust me when the crays move in it looks like a scene from the TV show Deadliest Catch! The biggest thing was not to draw attention to the spots. I had been baiting two areas, and unfortunately one spot started to become a bit blatant and so a few other anglers had started to nose around.

Although the plan needed to initially go on hold as I had promised to take my son, Freddie on a trip to the pit next door, which was a bit frustrating as I knew in my head it was nearly a 'prime' time, with the moon phase about to become right. The trip with Freddie was treated just like a Burghfield session in regards to my baiting method. As this pit also contained crayfish. The tactics had to be right, as I wanted us to have a good trip, which luckily we did - catching a number of good carp, as well as teaching my son how to approach a water with crayfish.

Returning to Burghfield the following week, I walked around during late morning to find fish showing, but I knew they would end-up elsewhere?! A bit of information fell at my feet that day, it put another piece of the jigsaw in to place. Later I was observing the a fish known as 'The Classic Carp' thinking to myself how much history this fish has as it's one of the last of the Leney originals in Burghfield and it just looked incredible, but then from out of nowhere 'the' one presented itself. It made the hairs on my neck stand on end! The Burghfield Common right there in the baited area. Enough with watching I was done, I knew their route away everything, I headed straight to the weedbed they spent their time sunning their selves in one of the out of bound areas. Once I knew they were comfortable I had to rush back and set the traps for the night.

Now there is something about lowering a rod and getting everything precise and hiding everything you can I had countless amount of tench through the night. On every tench I thought 'this is ruining my chances'. The hard work that goes into that particular rod was unreal as I had to make sure everything was right for their return and doing that under the cover of darkness is when the real 'Burghfield Burn' takes hold of you. The last time I re-did the rod was at 3.45am. I sat there watching as the daylight broke through. A single bleep had me up and on the rod in a second, I lifted into the rod and after what seemed an eternity the fish covered in weed was netted! Pulling apart the weed I could see, there in the folds of my net lay 'The Classic Carp'! I was so happy that all that blood, sweat and hard work had led to that capture as it made it so much sweeter, a quick call was made the pictures were done, no fuss and a moment shared with a good friend and a true English carp.

I did a few trips after catching 'The Classic' which ended in a couple of blanks. I had put all my time into those spots and people had their own things on the go elsewhere and I didn't want to jump on their hard work so it was time to take a break for the summer with the kids.

I had planned my return by late September as the fish tend to end-up out in the main body of water, which only two swims have access too. This can be a bit frustrating, but not as frustrating as not being able to go when you need to. Especially as I'd had couple of hits in one of the swims the previous autumn. What's more, bait boats come back into use on the 1st of October now, love them or hate them, I knew I was in for some easy angling and who cares I had been out of action for six weeks I wanted to get a few easy bites. I knew if I managed to secure one of those open water swims in the second week of October I knew what needed to be done. I got lucky as a mate had been fishing the swim and let me know when he was off. So, I was straight in, boat out and dropped a bare lead down on previous spots I had fished. Two of the spots were still very presentable, so I baited them up and sent the rods straight out.

Nothing happened for the first 48hrs then out of the blue I had a take on the middle rod, which turned out to be a lovely mid-thirty-pound mirror. This also sort of gave the game away as to the area they were held up in. I quickly put the other two rods next to the middle rod and topped-up the spot with 15kg of the mix I used. Again, I know that seems a lot, but that amount of bait is nothing if the fish are in a zone on Burghfield.

That night I had a take on the middle rod again at about 3.30am which was a tench, but luckily I had the spot on GPS so it was easy to send the boat straight back out, loaded with bait. At 8am another there was another take on the middle rod which was a mid-forty-pound mirror. Sadly, I had timed out and had to pull off, but I put another 10kg as I left. I was straight home and getting bait crumbed and chopped and soaking in the Hybrid Stick Mix Liquid. I returned 48hrs later and phew, the swim was empty, straight away the rods were out on the spots and baited heavily.

Four hours later I had a take on the left rod in the deeper water, which was a pristine looking 32lb common. The rod was put straight back out and the following morning just before first light I had a mental take that had me twitching as this fish went crazy, beasting me all over the place. I could hear eruptions in the dark as the fish powered over the drop, heading in the direction of some snags. I got the upper hand quickly and guided the fish safely into the net. I put the fish in the retainer as I needed to get the rod straight back out. Again, once everything was done the photographer turned up and as I had a proper look at the fish I recognised it from last autumn. It was a good upper-forty, but a repeat capture so she was slid straight back.

My time was up again, so repeated the process of baiting up again before I left. The hope was that I could get back in the swim one last time before my fishing time ran out, as I coach and manage a junior football team which takes a lot of my fishing time now. When I returned, I had to wait for the swim as my mate was in there. I also knew he had his own spots that were far enough away from mine which was good. I had two nights ahead of me and on the final morning I caught a stunning scaley mid-thirty mirror.

Yes, Burghfield has this reputation of being tricky but when use of the bait boats is allowed it’s easy angling. You just take it for what it is. I know one thing the capture of 'The Classic' was caught fair and square and has to be up there with one of my most memorable captures, as the work that went into the lead-up to that capture was crazy!