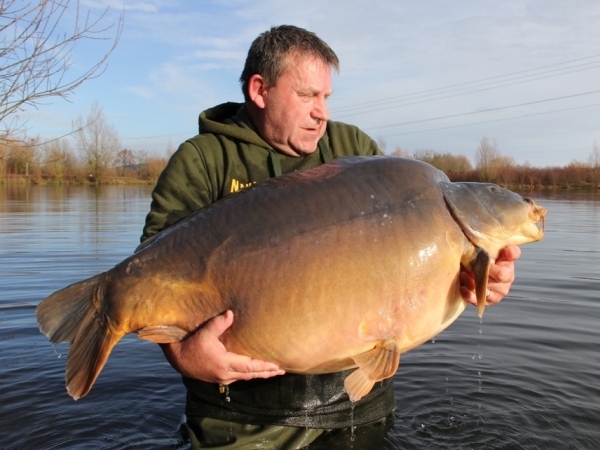 Like so many of this amazing consultant team, I’ve been associated with Mainline since its introduction back in the early 1990’s. At that time, no one could ever have imagined the phenomenal success it was set to become, dominating the carp market now for nearly two decades, producing what is widely considered by many as the most successful bait of all time - the CELL!

Since that very first day, I’ve never ever considered using any other bait as confidence is such a major part of my carp fishing and knowing that I have ‘Mainline’ in my locker gives me total confidence in my bait allowing me to focus on the other aspects of my fishing like location and presentation! Now, nearly a quarter of a century later, I’ve caught thousands of carp using Mainline baits including a number of very memorable captures which have been highlights in my carp fishing career, achievements like being the only UK angler to currently have caught fish over 70lb from three different waters along with also being the only UK angler to have ever caught an 80lb plus and 90lb plus carp with the capture of Abbey Lake’s ‘Shoulders’ at 94lb 4oz over Christmas 2013 - all captures that Mainline have played a major part in!

Now, as every year passes and carp fishing evolves, tackle becomes more sophisticated and waters come and go, I can rely on the one constant in my fishing that will never change - Mainline Baits!

So I’d like to use this testimonial to say a special thanks to  Kev and Steve for their support over all these years. I owe them both an enormous debt of gratitude!